We have been unsuccessful in determining Thomas’s birth/baptism.
There are a number of records for Thomas Alcocks born in that area in 1821 but they have different parents. 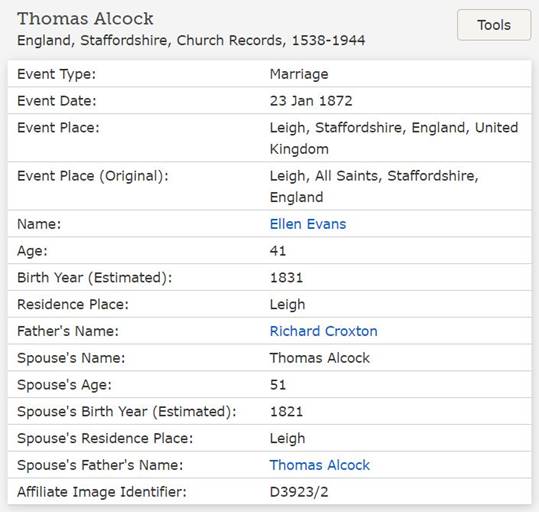 *William and Harold were children of Constance, Ellens daughter, 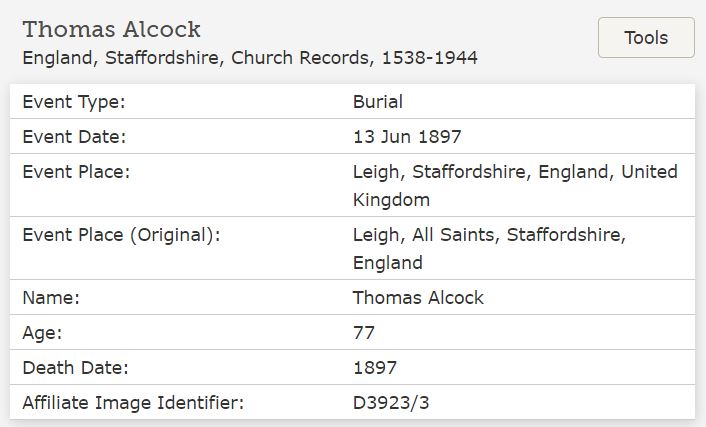